With over 150 years’ experience including contributions to projects such as The Sydney Harbour Bridge, London’s Tower Bridge and the world’s tallest building, the Burj Khalifa in Dubai. 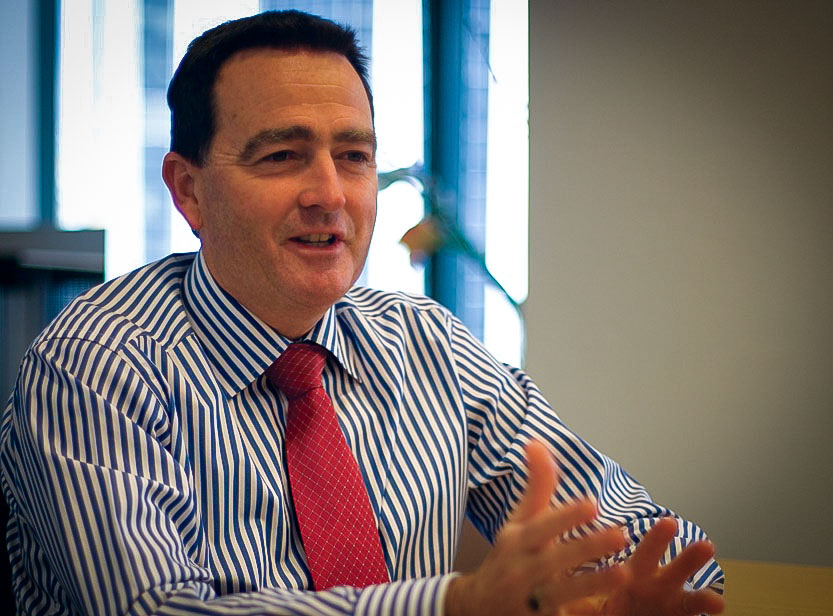 You have recently said, “Australia is in the middle of a massive investment in infrastructure.” What were you referring to in particular?

Well, it’s absolutely essential that Australia be very competitive in how we get our products to market. In an infrastructure sense we’re behind, we’ve underinvested in infrastructure generally and I think everyone would acknowledge that’s been the case for the last twenty or thirty years. I’m referring to water and sewerage, road and rail, ports, those elements of public infrastructure, although some of it’s now run privately. Our freight facilities are not great by world’s standards and access to and from our ports is not that efficient. It often struggles through suburban streets and things like that.

Traditionally, neither state nor federal government would take responsibility for freight, but I do sense an understanding from most people now, including politicians that we need to streamline and develop that infrastructure. And so the comment that we are in the middle of something, well we could be at the beginning, it’s hard to say.

Why is it so difficult?

The hard thing is asset management. We’ve got billions and billions of dollars of existing assets including existing roads and rail and they need maintenance. Politicians often wont see the value of putting money into maintenance because the public doesn’t see it. Most of the stuff’s underground. And there’s no votes in that. Compared with some other nations around the world we don’t have many engineers who are politicians. But there is increasing government and private sector acknowledgement that we must invest in this stuff, so being a consulting engineer is a good space to be in at the moment.

From your point of view is it a fair assessment that most of your work is business as usual for you, or do you feel that you are constantly expanding your customer base, are you branching out and picking up a different kind of work?

Look it’s a bit of both. We have our emphasis on key account management, which means giving our attention to a few clients to really understand their business and keeping that very focussed, and that’s the core of our business. But we also diversify into new sectors, and that’s where we’re picking up and need to pick up new clients and new work to keep growing. So the answer is a bit of both. We have thirteen key clients which give us about sixty-five to seventy percent of our revenue.

Work for these clients is core business for Hyder, but moving into say the resources sector to do rail for a coal mine is something that, whilst we’ve done it, we’d like to be doing more of it. As well as the focus on key account management, the other big part of my day is taken up with expansion through sectors and acquisitions that meet our strategy and enable us to move into new geographic areas like South Australia and Western Australia.

I hear the word “sustainability” in many areas of the construction industry. What does this word mean and more specifically, what is “sustainable infrastructure” and what did we used to do instead?

There has been a massive shift. These days it’s all about doing things that won’t deplete resources for future generations. And right now we’re very active as a consultant in sustainability. We have a couple of groups here in Sydney and in Melbourne where we provide advice to our clients, building owners, infrastructure operators, on how to be more sustainable. What we mean by that is six star rated buildings, for instance.

What does sustainability mean in practice?

Well it’s using less energy and not creating so much waste, it’s minimising impacts, the carbon footprint. It’s all of those aspects. For instance, the Westgate Alliance we’re on in Melbourne. Sustainability here means creating less waste and really driving the reuse of materials on the existing project. In the past it would have been, “Gotta knock that bridge down, okay put it in a truck, take it to the dump.”

Now it’s, knock it down, pulverise it, and reuse it for new concrete. Let’s make noise walls out of photo-voltaic cells so that we can pump energy back into the grid to run the lights for an interchange. Or if there is an industrial area close by which has waste water, instead of them tipping it down the drain, lets use that waste water, treat it and use it in the making of concrete. And then there are all those elements in the design of our projects that help minimise the delay and congestion of traffic which also minimises CO2 emissions. 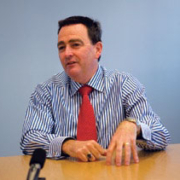 How do you minimise the impacting traffic?

Microsimulation modelling of the traffic flow. We go down to the nth detail in modelling the traffic streams, making sure we can make that as efficiently as possible. And so we’re quite skilled at that type of work now. We’re also moving into other quite different sustainability areas. We did a piece of work for Fairshare, in Victoria. Food Rescue was the project. What they do is take waste food from a lot of the restaurants and then distribute it to the homeless. We looked at the waste generated by groups like Coles and Woolworths and ended up proving that there was a huge environmental benefit for these outlets in reusing their waste food and giving it to the homeless as well as the obvious social benefits. And because all this potential waste was being consumed there was a considerable carbon footprint savings. It’s been enormously successful.

Environmental and heritage concerns have given rise to quite dramatic changes in construction practise in the past two or three decades. Do you see anything else that is equivalent to environmental concerns that is likely to drive change in the future?

It’s beyond the immediate environment now. It’s really looking at the whole of the life of a piece of infrastructure. Sustainability is dear to my heart, my family house is sustainable – including a chemical free home, biodynamic gardening water re-use and those sorts of things, so its dear to my heart. And rather than just designing and building for a twenty or thirty year design life, it’s looking beyond that. In a sustainability sense with infrastructure, we’re early days yet. You can get a five star or six star rating on a fridge but we cant do it with infrastructure yet. You can on a building, not quite there on infrastructure but it’s something we’re driving towards.

Inbuilt obsolescence was a recognised and accepted part of manufacturing processes in the last decades of the twentieth century, and also spread to other sectors, including construction. You seem to want to address some of the anomalies and contradictions this strategy implies.

Yeah, I hate seeing a piece of infrastructure being built and then fifteen, twenty years later knocked down again. I see a requirement for a piece of infrastructure to be in place a lot longer. Which is good. I mean in fact its back to the future. I’m continually amazed at the forefathers ofengineering who did really good long range visionary planning for our cities. It’s essentially disappeared. Instead, there’s been a lot of short term thinking. But by just knocking something down and building something new there’s a massive cost in a sustainability sense. So there’s some quite different thinking coming through I think that today when we’re designing things we also need to take into account the cost of the inbuilt energy, which includes the value of existing elements and their replacement costs. And keeping whatever is savable and not just dumping everything and starting from scratch.

So, short term planning leads to problems of sustainability. I’d like you to illustrate what the opposite would look like.

We’ve just done some long range planning for Hanoi in Vietnam, a great historic city with some fantastic architecture. Our brief was to design a city of twenty million people which is carbon neutral, and to plan out for a period of one hundred years. What really prompted them to look at that was that the Hanoi Metro was being planned and how can you plan a metro if you don’t know what the shape of the city is going to be like. So, amazing new thinking had to go into that. I don’t see any of that in Australia. I see a lot short term planning and we really have to push out the planning horizons and start getting a few more of the sustainability goals into our planning concepts for our cities.

What do you see for the future for Hyder and for yourself?

Hyder is a medium sized company by world standards but we have the kind of global knowledge and exchange of ideas that enables us to solve client problems outside of the box, as it were, and so that’s the beauty of a true global consultant. So the future for Hyder is to be even more integrated globally and get even closer to our clients. And I often find in my position, which I enjoy greatly, being across all our sectors, water, property, environment, transport, finding what is business as usual in one sector is quite innovative in another. Whereas you might have the RTA or VicRoads applying best practice for roads and highway construction, it’s very hard for them to get outside that sector, and so as a consultant coming in you can often apply some quite different thinking and be a source of innovation.

I think that the Global Financial Crisis, to paraphrase Paul Keating, was the GFC Hyder had to have. It enabled us to really take a good look at ourselves and meet some challenges and do some things differently. We’ve gone to a national structure now. Our focus on clients has been strong, in fact we’ve reduced our number of clients by over two hundred, because Hyder was trying to everything to everyone and that’s clearly not possible nowadays. Less is more for me.

So the future for Hyder is to reach it’s potential and for me, I’d love to be part of that journey.